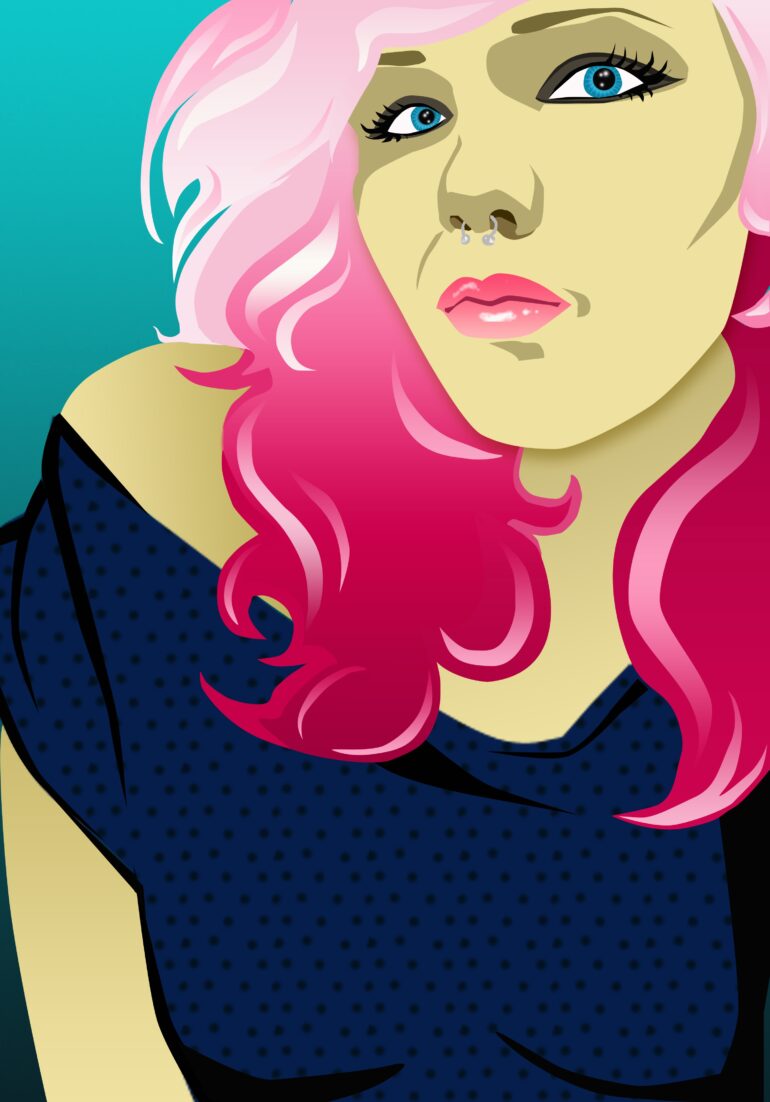 A tsunami of testimonies

We’re talking about sexual harassment in the world of larp. Molestation, groping, assault and rape of participants who are asleep or intoxicated, aggravated rape with violent abuse, and even attempted murder.

On June 17, 2014, a new Facebook group was created for Swedish-speaking larpers who identify wholly or partially as women. The group quickly drew many members, and now comprises 580 larpers of varying ages and backgrounds. The idea was to create a sanctuary for discussions about different aspects of being a female larper. There are discussion threads about portraying female antagonists, about dealing with menstruation during larps, about sewing tricks, creating characters, organising larps. Small questions, big questions, and questions of vital importance.

”It’s so important that we talk about our experiences. About how common this is, and that it’s not OK. About our right to say no, and that it’s never, ever, acceptable for someone not to listen. Everybody knows a victim, but nobody knows a perpetrator, and it’s time to take a stand now.”

A lot of times, I am personally skeptical of gender separated forums and arenas. I think spaces that are open for all tend to support a broader sharing of experiences. But I have realised that there are exceptions.

Lately, a darker subject has crept into the discussion threads, and during the past few weeks, a tsunami of voices has swept over us. Post after post, comment after comment, telling stories of painful experiences. We’re talking about sexual assault. At larps, or in larping circles. Over a thousand posts detailing experiences, sharing thoughts, discussing preventive measures, and not least, holding out hands in support.

There are a lot of perpetrators, and a lot of victims. The threads almost exclusively tell of assaults perpetrated by men towards women. There have been instances of sexual harassment, molestation, groping, assault and rape of sleeping or intoxicated larpers, aggravated rape with violent abuse, and even attempted murder. Some of these incidents have been reported, but a large amount of them have not reached the police, or even the larp organisers. Until now.

”I was almost completely out of it, and I couldn’t do much of anything to stop it, because I hardly understood what was happening. He raped me, and in the morning I was ashamed and just left the camp, because it felt like it was my own fault.”

A lot of cases involve young people, 15-16-year-olds who are offered alcohol and harassed by older boys or men, and then things get out of hand during the night. In other cases, the acts are meticulously planned and perpetrated over a long period of time.

”I was always supposed to play a submissive role at the larps, a servant to the group, to his friends. I was thrown around like a handbag. But I felt so worthless, so I reckoned I should be happy to get any attention. Then it got worse, the mental stuff turned into physical abuse…”

Many people ask themselves how this can happen. Shouldn’t larping be a safe arena, with a lot of eyes and ears that can react if something seems to be going wrong?

Most probably, it can happen because the people around let it happen. Partly because larpers are not really any different from other people in society, partly because the setting of a lot of larps actually makes sexual harassment more acceptable. Sociology calls this “habitus”, a series of codes that underlie a person’s behaviour. A lot of larps, especially in the fantasy genre, are stereotypical. Gender roles are clear and coded with different behaviours.

Male players will often choose a warrior character with a macho attitude, an acceptance for sexualising women and literally taking what he wants. This is a behaviour that would not be at all OK in normal society, but one that is seen a lot at different larps.
In the same way, female characters are often coded to be submissive, service-minded, soft, madonna-whores, or defenceless. Given that context, it can seem perfectly reasonable if a male player is upset about new rules suddenly being enforced that forbid playing on rape, since he had planned that his character should be an active rapist during the larp. When female characters are coded as submissive, the more dominant aspects of the male characters are intensified.

”I was 13 years old, going to my very first larp together with a friend. None of us had any experience, and we didn’t know anyone except each other. The larp begins, and everything goes pretty well until the second day, when we are handed a note. The note says that the two older men in the tent across from ours want to meet us, because they want to find wives. This made me extremely  uncomfortable, and I ended up hiding in the woods for the remaining days.”

Another contributing factor in several stories is that the victim has been separated from her group and placed in a new situation where she hardly knows the other players. Her safety net is gone.

”Note that I didn’t know ONE SINGLE person in Sverok (The Swedish Gaming Federation) then. I had gone there all alone, representing my organisation, and had never met anyone else, so I didn’t have a single person there to talk to or seek support from.”

Some of the stories shared tell of incidents where larpers have lost their way in the middle of the night and been offered a place to sleep in exchange for sexual favours, or woken up with an unknown person’s hands all over their body. Because the victim has few contacts in the new group, she automatically becomes dependent on the perpetrator, and  her scope for action is restricted.

”Suddenly, I notice someone lying down next to me and starting to touch me, moving their hands under my clothes. I was really gone, but I realise that it’s the guy from before, and that makes me feel I can’t say no, because he might have thought I wanted to. So I let him keep on, and I just wanted to go to sleep so I didn’t have to experience this. We never talked again, and I never told anyone.”

In many of the cases, shame or fear of retribution has kept the people involved from telling anyone about the incidents. Moreover, the perpetrator usually has a larger amount of social capital than the victim does. They may be much older and more experienced, perhaps an organiser or someone with a lot of contacts in the larping world – as one person wrote, “someone you could trust”. If the person who was assaulted would report it to the police, or involve an organiser, there is almost always a legitimate fear that she would tarnish more people than the perpetrator – their friends, their network, the larp event – by diminishing the perpetrator’s power and social standing. This very strong group mechanism can often cause many people to initially take the perpetrator’s side and turn against the victim. There may be accusations saying that she put herself in the situation, that she behaved like a slut, that she was drunk and provocative and “corrupted” the perpetrator. There are numerous examples of this. The Bjästa case in Sweden and the Steubenville rape in the US are just two well-known examples outside the larping world.

”I walked homewards, ice cold and freezing. It was dark, I couldn’t even see the path. Almost knocked myself out. I just wanted to get home so I could sleep. This guy was friends with the organisers, with my friends, everybody. Nobody would believe me, and that’s why I just kept quiet.”

This ongoing conversation has already resulted in some practical measures: Several organisers have taken action against alleged perpetrators, and suggestions for preventive efforts have been put forth, such as larps providing safety hosts and safe sleeping quarters. And people are talking, and processing. Some who have not dared go to a larp for several years because of fear have now felt safe enough to sign up again, and many larp organisers are working hard to ensure that larp is not a lawless haven for perpetrators to hide in.

All this may lead to people being named and shamed, and suffering reprisals such as being banned from larps and other social contexts. Whether this is justified or not is, of course, a matter of judgement. There is also a significant risk that those who have now dared to speak out might be accused and called into question.

”My blood runs cold when I realise that I probably know several of the guys described here. People I have larped with, had fun with, and maybe been lucky enough not to end up alone with”

But this can also lead to a much safer larping experience with increased freedom of action for many players. The tolerance for this kind of behaviour may decrease as the spotlight is placed upon it. What might have been silently accepted earlier can now be pulled out into the open and questioned. Together, organisers and players develop new methods to ensure safer play for everyone, and that more women dare take up more space and choose among a broader array of characters.

The issues are now being discussed in other open larp forums too, and several players have called for more male voices in the conversation. Partly because this is not just about women’s experiences. There are not only male perpetrators. There are male victims too, and they may risk invisibility and stigmatisation. But there are also a lot of men who want to do something about this and show support. However, the question is if this massive sharing of experiences would ever have happened at all if the forum had been open to everyone. Most of the members of the Facebook group would probably say a resounding “no” to that question. Those who have been subjected to violations need a sanctuary in order to find the courage to start talking.

Our newsfeeds keep filling up. We keep talking. We discover connections. Someone who has felt desperately alone in her experience discovers, with hope and with horror, that there are many others out there who have been through similar things. This gives strength and breeds courage. The voices are powerful, and they will surely not quieten for a long, long time yet.

If you want to geek out about habitus, social capital and power structures, you can read: